Photography my way, from half frame to 8×10 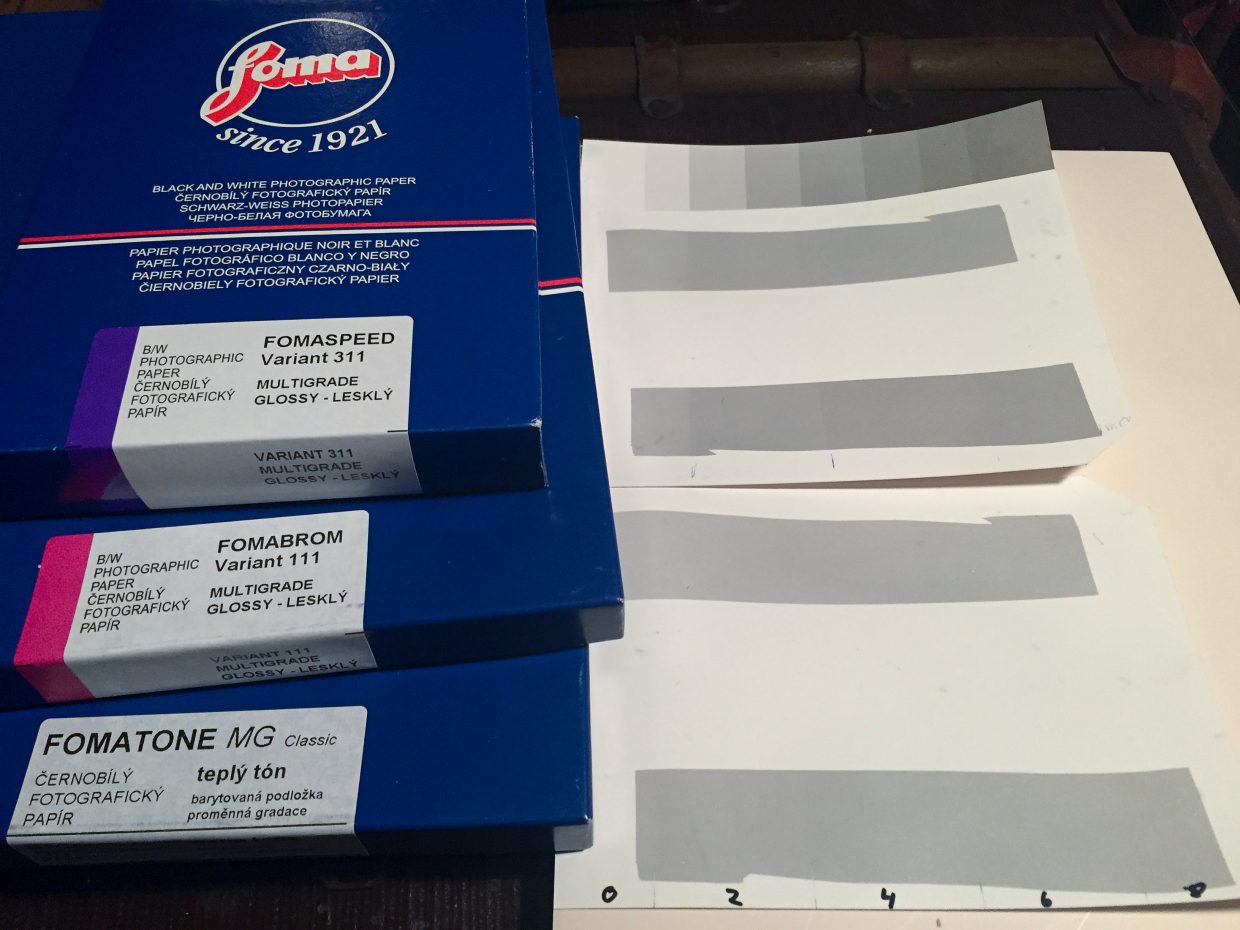 can’t go wrong, but it-s a new paper for me so I will test it out and see what I think of it. Three different papers that I got from Photax, they are the fastest to deliver here in Sweden and one of my got to stores. Fomaspeed Variant 311 are a RC paper, Fomabrom 111 and Fomatone Classic are fiberpaper and all are multi contrast.

With new paper comes the issue of safelight. Is it safe or is it unsafe for the paper. I have done tests and secured my light for Ilford paper that I usually use:) Now I’m gonna do the same with the Foma paper so I’m gonna go through the method I found on the internet. I think it’s a method made by Kodak, will se if I can find the resurs.

First I made a strip with one second exposure in intervalls to give me a exposure of a light gray, it ended up to a three second exposure. Next step was to cut a rectangle opening on one side of a black envelope from an empty box of paper. I then took a 13×18 paper and cut one corner so I would know the orientation of it. Then put the paper in the envelope with the cut corner to the opening and put it in a contact frame to keep it flat and tight then exposed it for three seconds. After this it was time to expose it to safelight on the place where I have my developing trays or on the lightest part of the darkroom. I covered the paper and made a new test strip with two minutes intervalls and got a total of eight minutes, could have gone longer. I then put the paper back in the envelope with the cut corner to the bottom and made a new three minuets exposure. Time to develop the paper with safelight off.

The result on the picture show first the test strip to get me the exposure of light gray, then a test with unsafe light where you can see the steps getting darker and darker, I think it was three steps of five minutes. The last one is a test with safe safelight, no signs of steps on the rectangle that I preflashed and not on the rectangle I flashed after the exposure of safelight.

So now it’s good to go and I can keep my whites as white as I want to with no grays in them:)